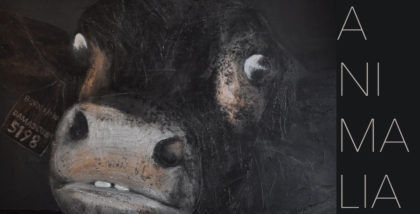 ANIMALIA
The only difference between animals and humans is that humans have a very
developed Ego. The nature of human ego is to protect us from harm, any kind of “actual“
or “perceived” harm. In fact the dangers and enemies of the ego are for the most part
invented by it. For the ego everything emanate from fear, all is a drama, a complot and a
trick. It is constantly looking for the wrong, the danger and the angle. It has an opinion
about all and its opinions are “the truth”. Ego feeds from fear, shame and guilt. It is
always looking for a victim, either you or another.
Confronted with Truth human ego first reaction is to deny it. Science and Arts
will suffer the most as both take root in Reality and Truth. Human ego will recoil and
reinforce all ego protections: pride, blame and guilt. It will go on to feel or create a
victim, to shame or feel ashamed. A strong man should have a good erection and be confident.
Untamed, ego will stop to nothing; it will destroy all nature and all life,
it will spread fear and feed from it.
Ego makes us feel separated from nature. It is the human Ego that has declared
that animals have no emotions, can’t communicate and are incapable of sympathy; just by
the need of Ego to feel less “guilty” about the way we treat and kill animals to eat. We
look and treat nature as something we have to dominate and subdue. We use phrases like
“no even animals do that” “what an animal!” to describe humans acting in sub human
standards.
Somehow, human ego envies animal condition. They walk naked and mate
without shame. They kill and eat without guilt. They live without worrying about
anything in life. They pay no rent and care less about others opinions. There is no
injustice, envy, and wealth loss in the natural world. Everything is what it is and
everything in it lives in perfect harmony and acceptance of their condition.
Indeed, we are different than animals: they have what we have lost through our
untamed ego. Maybe our “lost paradise” is the fact that we have removed ourselves so far
from our animal condition. We would act more like animals: eat just the necessary, kill to
eat without cruelty, taking and giving back to nature without greed.
Maybe if we accept the truth. Maybe if we break away from fear, guilt, and shame, we
would regain access to be endless abundance of nature. Then we could be once again part of the Animalia.