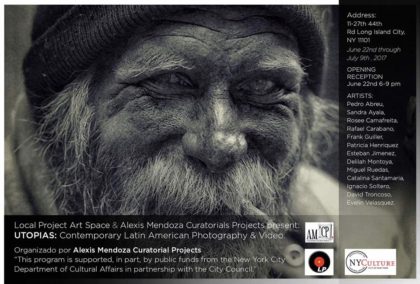 Historically, art has always been influenced by some combination of intrinsic and extrinsic motivations. At one extreme, a creative being’s reward for making work is the satisfaction of the creative act itself. And at the other, art is produced purely for personal joy. The right mix of talent, intrinsic motivation, and external support is needed for a sustainable and vibrant environment for artistic innovation. The autonomy of Latin American culture, which for decades, so considerately used its limited resources to have the greatest impact on the rest of the world. All controversy aside, by deliberately choosing to fund the most promising artists precisely when they found themselves on the brink of a breakthrough, they effectively managed to underwrite a very fertile period of artistic production in Latin American art history. This exhibition explores art‘s autonomy not as a genuine theoretical claim but as strategic one, where the suggestion is that only by claiming that art is indemnified by its very nature against moral culture can we prevent the forms of censorship that art is regularly subject to. But this strategic appeal to autonomy may purchase art‘s freedom only at the cost of denying art‘s power.

Much of contemporary Latin American photography seems haunted by the past, by ghostly apparitions that are reanimated in reproductive media. By using dated, passé, or quasi-extinct stylistic devices, subject matter, and technologies, this art embodies a melancholic longing for an otherwise irrecoverable past. “UTOPIAS” examines myriad ways photographic imagery is incorporated into recent practice and in the process underscores the unique power of reproductive media while documenting a widespread contemporary obsession, both collective and individual, with accessing the past. The works included in the exhibition range from individual photographs and photographic series and installations that incorporate photographic elements.

Here we has drawn unlikely under current conditions, memory, proposing instead a problematization of the same to the extent that we would no longer or with a referential field or with the discursive strategies capable of taking charge of the experience under the operations disolutivas that ideology, while constituting each of the moments of the object has practiced on the disciplines that seek to address it. The memory and dissolved, and could not articulate that experience, today, yesterday. Latin American artists “design” new instrumental, the same strategy, the possibility of entering the territory of this text and of the doubt, and memory-in its many forms- enter only traces, fingerprints, as recognizable entities minimally, since narrated have been imposed and socially, a movement that has come to be called the “Identity. Thus, the recent history becomes unspeakable, beyond the ‘facts’ that have been shaped by the various devices to be able to organize art and ideology, and the past, near or far, it becomes impossible to articulate what today is a poor imitation of vague experience. This apparent paradox suggests a key to the appeal of the work and, possibly its meaning: the attempt to reconcile-where hope does not deny intelligence-human nature and postmodern vortex. Such haste portrayed in images or natural grace with which shows us what we usually see, it has to remind us what our developed and artificial (human) nature, and in its surprising harmony, to learn again to live together discomfort with that essential. The novelty resides not in the discovery of variants but in the recognition of their legitimacy. There is nothing new in the awareness that Latin culture proposes different solutions; what it is new is that all these solutions are valid. Access to it is no longer to be found by photography within itself but through the interrelation and intercommunication between artists living in and outside the country. History and the changes in it create awareness that culture is too complex to be encompassed through a single approach. It is in the work of artists, regardless the place in this world they live, that we are able to find aspects of our own existence. Latin America fine art it is not just a cultural manifestation, it is also a cultural way of life for those live by it (artists, curators, critics, collectors, dealers, etc.). The work of Latino photographers living in any part of this world, tells us the anxious evolution in the styles and techniques used by them to show us their findings. Cultural autonomy may be defined at first pass as diverging from the traditional aesthetic or values of the audience, and beauty as touching on this sense of aesthetic or values in a fundamental way. The term is highly subjective and audience-dependent, so societal definitions of the terms may be difficult or impossible. They remain intensely personal in interpretation. In “UTOPIAS”, intentional emancipation may occasionally be considered socio-political for its originality and interest, for focusing an aesthetic discipline on something not conventionally considered aesthetically pleasing to the senses. In real, personal experience, the opposite is true, and intentional autonomy is unlikely to achieve emotion in any sense of the word, such as an emotion that parlays into an intentional action. This exhibition is the result of careful looking. It is impossible to pay close attention to all of the details of everything around us during the course of most days. “Content and Intention” provides an opportunity to slow down and appreciate details that just exist, that are not necessarily for something or toward some purpose. Art within our society changes the way people conduct theme self by being part of it. Art can also be about the people, but primarily it is, in itself, an element within the culture experience.