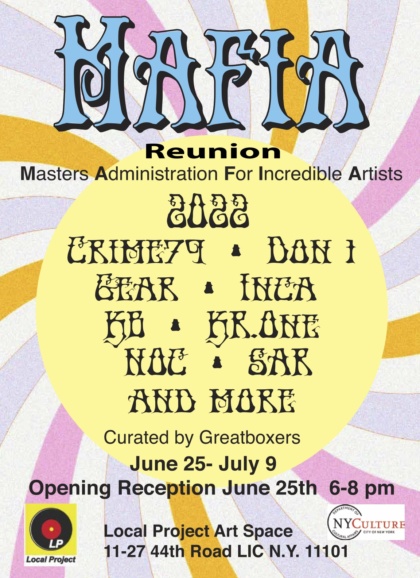 Today, graffiti is now considered art that is even being collected by museums around the world. Galleries regularly do exhibitions of graffiti artists. These shows are mostly done with individual graffiti artists, or a bunch haphazardly grouped together.

As it is great that this art form is finally being taken seriously, unfortunately the history of graffiti is lapse in these shows or misrepresented.

In this “MAFIA Crew Reunion” exhibition, curator George Spencer looks to shed light on the history of NYC graffiti crews in the early 1970’s to the mid- eighties. There were dozens of these crews in all five boroughs of N.Y.C. but some stood out more than others.