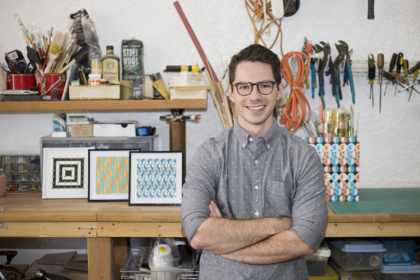 Born and raised in New York, Tim is an Astoria-based contemporary artist currently focusing on pattern making and geometric abstraction. Tim received his Bachelor’s Degree in Mechanical Engineering and Visual Arts from Fordham University in 2017. His art practice began in 2018 and is currently based out of AlterWork Studios in Astoria. Tim’s work has been exhibited extensively throughout New York; his paintings and collages have been exhibited at King Manor Museum (Jamaica, NY), AlterWork Studios (Astoria, NY), Local Project (LIC, NY), and Collar Works (Troy, NY). Tim joined the Local Project team in March 2022 and strives to continue and contribute to LP’s arts programming. 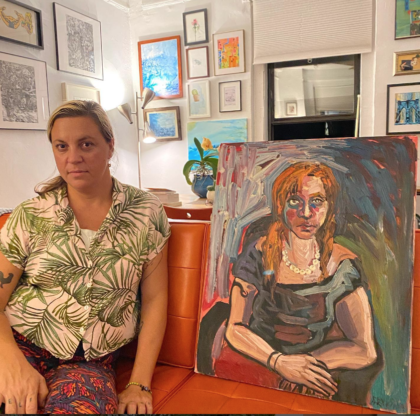 Born in Miami, but raised in Santiago, Chile, Carolina Peñafiel
is an artist, a curator, and an organizer of cultural and educational projects within the arts community. In 2003 she co-founded Local Project with 5 other Queens based artists as a platform for under exposed and underrepresented artists in Long Island City creating a platform for emerging creative minds to collaborate, create, and exhibit multiple disciplines of art and to be a community center to discuss and express ideas, not just for the arts but for the Queens community at large.Carolina has more than 17 years’ experience in working with culturally diverse community outreach programs and public relations. She also is an experienced educator working with children and adults as an art teacher. She has worked with the Shelter’s Program, with homeless kids and adults in Santiago, Chile and New York City, where she developed a photography workshop for the peers of CitiWide Harm Reduction in the Bronx, NY and has been the driving force behind developing the educational programming for Local Project.Currently, Carolina works as the Executive Director and is a Board Member of Local Project Org, a nonprofit art organization in Long Island City, Queens, New York and Co-Director of the LIC Arts Open Festival in Long Island City, NY.
instagram: @soft_soul_studio 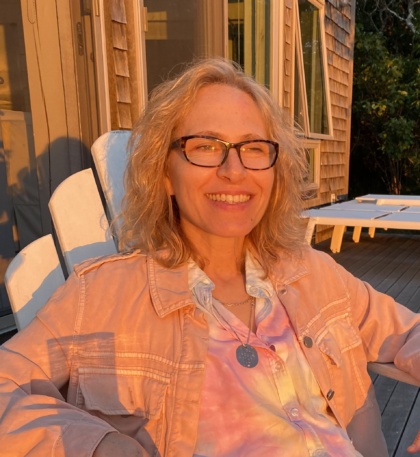 June Kosloff is a mixed media artist and curator based in LIC, Queens. June attended the HS of Art u0026amp; Design in NYC, holds a BALA from SUNY Purchase, and studied at the Arts Students League. As an artist, June’s work is based on the natural world: she is currently working on a variety of animal and environmental series in mixed media. Her work is in numerous private collectionsJune is a former music business executive with over 15 years’ experience in marketing, sales, and artist development.  June has worked with the Verve, Ben Harper, Iggy Pop, Blur, David Gray, John Hammond, Cracker, David Bowie, Janet Jackson, Gorillaz, Massive Attack and more.
In 2004, June curated “The Lubinsky Experience” in 2004 at Local Project, and her art adventures began.  June officially joined the LP Board in 2010 and has curated multiple visual arts exhibitions since 2004.
She produced the Music Under the 7 series from 2011 through 2016.  In 2014, and co-produced the studio CD Crossroads, featuring emerging poets and musicians from all over the globe.
Additionally, June is the executor of her late Uncle Dick Lubinsky’s art, which has been shown at Fountain House Gallery, Outsider Art Fair, American Visionary Art Museum, Erie Art Museum, and is in numerous private collections.
Instagram: @jkosart
Website: www.junekosloff.com 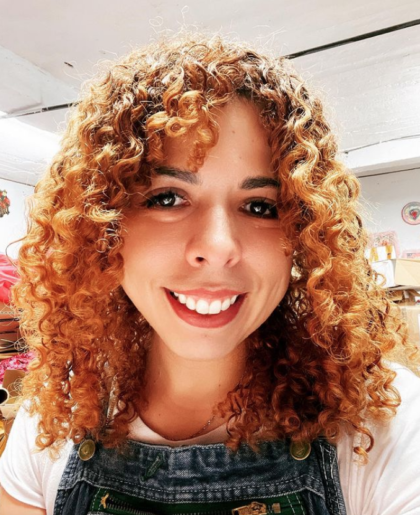 Maria Liebana is a multidisciplinary artist and arts educator living and working in New York City. Her studio is based in Long Island City, Queens. She has a BFA in Art and Design education from Pratt Institute and MFA in Studio art from Maine College of Art. Liebana currently teaches art at a private school in Chelsea.
Her artwork has been shown at a Paradice Palase, Art Institute of America, Field Projects, Trestle Gallery, ICA in Portland, ME, Local Project Art Space and many more. This year she participated in Every Woman Biennial, and Latinx exhibition curated by Cristina Ferrigino at La Bodega Gallery.