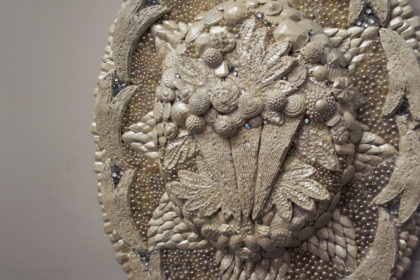 Through this new body of work, Lynch records her own history and experience, simultaneously exploring metaphysical and political notions of power- including issues surrounding gender and social class. The works speak to chimeras, vanitas, memory, devotion and desire.

Cara Lynch is an artist living and working in New York. Her work explores tensions between art and craft, class and taste, desire and value, sentiment and spectacle, fantasy and reality, material and metaphysical. Her work can be viewed at www.CaraLynchArt.com.

This exhibition is made possible in part by the Queens Council on the Arts, with public funds from the New York City Department of Cultural Affairs in partnership with the City Council.